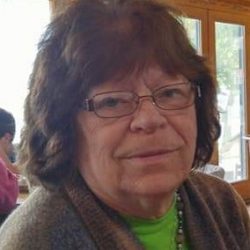 Clara Ann Johnson, 75, of Colonial Beach, passed away March 19, 2019 at Mary Washington Hospital in Fredericksburg after a brief battle with cancer. Clara was born April 19, 1943 in Washington D.C. to Harvey Taylor and Clara Altimus. She worked in the Colonial Beach public school system for many years as a cafeteria worker until she retired. She enjoyed attending yard sales, spending time with her grandchildren, playing cards and bingo.

A funeral service will be held Saturday March 23, 2019 at 2:00 PM at Storke Funeral Home in King George. The family will receive friends one hour prior to the service. Burial will follow at Historyland Memorial Park in King George. Special recognition to Debbie Hiller and Patricia Welch.