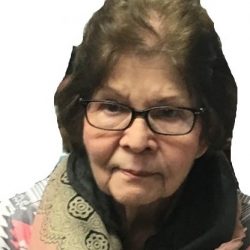 Dorothy Virginia Smith of Colonial Beach, VA and formerly of Clearwater FL, died on January 7, 2021. Prior to living in Florida where she lived with her husband for 21 years, she raised her family in Upper Marlboro, MD.  She was preceded in death by her husband William Earl Smith, Sr., whom she was married to for 50 years.   Devoted mother of John Michael Smith of Upper Marlboro, MD; James Robert Smith of Prince Frederick, MD; Sandra Tompkins and her husband Rob of Huntsville, AL; Sharon K. Ellis and her husband David of Owings MD; Paul Smith of Spring Hill, FL; Carolyn Smith of Clearwater, FL and Dorothy Wikle and her husband Bill of Colonial Beach, VA.  She was preceded in death by her sons William Earl Smith and Donald Christopher Smith.   She is also survived by 12 grandchildren and 26 great-grandchildren, sisters Mary Jane Smith, Agnes Jordan and brother Donald Swanson.  She was preceded in death by her sisters Fannie Randall, Elizabeth Webb and her brother William Swanson.  She also leaves to mourn many friends, nieces, nephews, and other relatives.

After Dorothy raised her family she worked at Woolworth in Maryland in the clothing department.  She also worked at retirement communities in Maryland and Spring Hill, FL where she received awards for outstanding performance.  Her interests included the love of sports.  Many times you would hear her yelling and throwing things at the television in energetic support of her team.  You would find her watching NASCAR on Sundays and baseball games any day of the week no matter how late she had to stay up along with all the sports she immensely enjoyed.

She loved animals and especially her two furry companions Lacy and Prince.  She also loved gardening and had many plants and flowers she cared for.

The family will receive friends from 1pm to 2pm on Sunday, January 10 at Storke Funeral Home Colonial Beach Chapel.  Service will be held at 2pm.