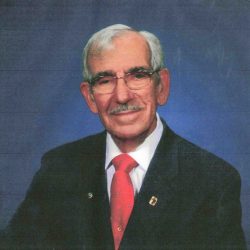 James Harrison Crisp Sr., 95, of Colonial Beach, passed away peacefully at his home April 13, 2019. He was born July 28, 1923 in Caroline County, VA to George W. and Mollie M. Crisp. He married the love of his life, Dorothy O. Crisp on September 23, 1950. He loved spending time with his family and friends, tending to his garden and playing golf.

He was preceded in death by his loving wife, Dorothy O. Crisp; son, James Crisp Jr.; and his parents George W. Crisp and Mollie M. Crisp.