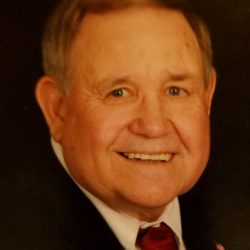 Born in Wisconsin, to the late LaVerne and Vivian Matiak, Dick had retired after 29 years of service with Rappahannock Electric Cooperative. After retiring, he then went back to work for 13 more years at the Co-op. He was a charter member of the Caroline Moose, active with the Ladysmith Volunteer Fire Department Auxillary and was Bill Green’s “go to” guy for cooking BBQ chicken. He proudly served in the United States Marine Corps and “fought the battle of Route 1 from Quantico to Ladysmith” from 1957 to 1959.

In addition to his parents, he was also preceded in death by his siblings, Ronnie Matiak and Gloria Dagendesh and his “lifer friend”, Dave Myers.  Survivors include his wife, Shirley “Doll” Matiak; his daughter, LaVonne Matiak (C.C. Riggs); his son, Ricky Matiak; his step grandsons, Stephen and Alan Melson; his brother, Lenny Matiak and his sisters, Ruth Hollowitch and Margie Wehrs.

The family will receive friends on Sunday, March 3rd from 4:00 – 6:00pm at the Bowling Green Chapel of Storke Funeral Home. A funeral service will be held, Monday, March 4th at 2:00pm in County Line Baptist Church, with burial to follow in the church cemetery. In lieu of flowers, memorial contributions may be made to the Marine Corps Heritage Foundation 18900 Jefferson Davis Highway, Triangle VA 22172 or County Line Baptist Church Cemetery Fund 3461 Ladysmith Road Ruther Glen VA 22546. Online condolences may be left for the family at www.storkefuneralhome.com.

“Once a Marine…always a Marine!”