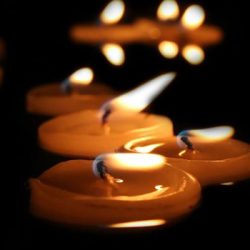 On Saturday, January 18, 2020, Robert Conroy, loving father of four children passed away at age 84, in Fredericksburg, VA. Robert “Bob” Conroy, born on October 30, 1935, in Bayonne, NJ, was a sibling to two brothers, Donald and Richard Conroy. The three boys grew up in Paramus, NJ with their parents, Walter and Lillian Becktold Conroy. He was married and had two sons, Stephen and Michael, and then divorced, and later remarried and had two daughters, Kimberlee and Kara.

Bob was a good provider for his family. He worked as an employee of Ethan Allen Factory in Beecher Falls, VT, for a short time and also worked part-time in the woods as a lumberman before starting his own business as a building and roofing contractor, a job at which he worked the rest of his life. Bob built many beautifully detailed homes and camps in NH and in Virginia when he moved south. Additionally, he served as a NH Lakes Tour Guide escorting people on northern NH lakes taking them out fishing, on lake tours, and on hunting excursions.

Bob had a kind heart and was considerate of others. If he passed by a home that was in need of an obvious, simple repair, he would often stop and ask the owners if they would let him fix it for free. He always felt that if you did a good deed, it came back to you. Although not a religious person, he was spiritual and believed in a higher power.

He was highly intelligent, handsome, quite charming and very well-liked. He enjoyed bantering with people and flirting with women as a single man and could always see the humor in every-day life. Due to having a lot of varied life experiences, he had many entertaining stories he could tell. He never got too upset over anything and was always positive no matter what he might personally be going through. He was independent, energetic and ambitious, never stopping for a moment right up until the end.

About thirty years ago, Bob decided to become a pilot and obtained his prize possession, his Piper Colt, which he flew and maintained until his death. He logged many hours flying along the East Coast and up to visit his two daughters in New Hampshire. His flight exploits included inadvertently flying over the White House to then find fighter planes chasing him and radioing that he was in a no-fly zone and to get out before being shot down.

Bob is survived by one son, two daughters, three grandchildren, and one brother. His stories, advice, and good personality will be greatly missed by his family.