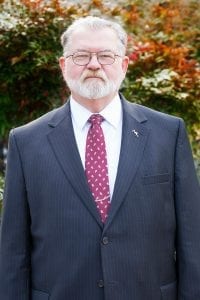 Terry is a native of Richlands, Virginia and had his initial training at Hurst-Scott
Funeral Home there. He graduated with distinction from Cincinnati College of
Mortuary Science in 1985 and was licensed to practice in Virginia that same year.
He has been active in his church and community with service to Lions
International, local libraries and hospice programs. He and his wife, Sarah, have
three grown children.