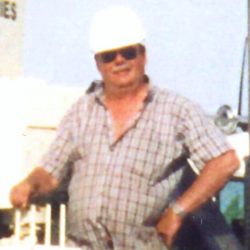 A Memorial Service will be scheduled at a later date.

Burl Douglas “Doug” Endicott, 75 of King George passed away Friday, April 10, 2020, after a lengthy illness. Born in Grundy, Virginia, Doug was the owner and operator of DECCO Builders in King George. He was a pre-engineered metal building erector for over 40 years. Survivors include his wife of 40 years, Barbara Endicott; his step sons, John and Vernon M. Quesenberry; his sister, Helen Shortridge; his brothers, Harold and Rondale Endicott; his grandson, Cody Endicott II and his step-grandchildren, Elizabeth and Emily Quesenberry. He was preceded in death by his children, Denise and Cody Endicott. Doug’s wishes were to be cremated and the family will schedule a memorial at a later date.  Online condolences may be left for the family at www.storkefuneralhome.com.