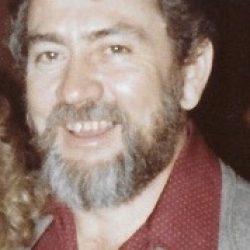 Arthur L. Terry, 79, of Woodford passed away Monday, December 17, 2018 at Mary Washington Hospital. Born in Caroline, he was the son of the late Waverly and Mary Terry. He was preceded in death by his wife, Barbara Crismond Terry. Arthur worked at NSWC as an engineer for 24 years. He had a wonderful sense of humor and always had a joke for everyone. He was an avid outdoorsman, hunter, angler and conservationist with a passion for preserving the Mattaponi River. Arthur had a wealth of knowledge ranging from his amazing ability to shoot skeet, handcraft knives, carve duck decoys, draw, and farm his land. He will be deeply missed by his family and friends. Art is survived by his daughter, Melissa Terry Lampiris and her husband, William Lampiris; his grandson, James Lampiris and fiancé Marina Bonanno and his Chesapeake Bay retriever, Jessie. He was preceded in death by two brothers, Elmer and James Terry and a sister, Diane T. Satterwhite. In lieu of flowers, please send donations to Ducks Unlimited, Memorial Contributions, One Waterfowl Way, Memphis, TN 38120. Per Art’s request, there will be no service. Sign register book online www.storkefuneralhome.com.