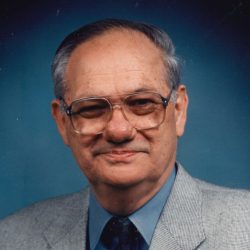 Billy worked for 38 years as a Mechanical Engineer at the Naval Surface Warfare Center, retiring from Indian Head, MD.  He spent his career working on the cockpit systems of the F-14. While there, Billy earned many awards including the Life Time Membership CAD Service Branch for providing vital engineering support to the Department of the Navy and thereby contributing to the National Security of our great Nation.

Billy was member of the Colonial Beach Lions Club for more than 30 years, often volunteering at the Sight and Hearing Van/White Cane.  He was also a member of the International Pyrotechnics Society.  In his spare time, Billy enjoyed family genealogical research, but most of all, he treasured time spent with family.

A graveside service will be held at 2p.m. on Wednesday, December 30 at Historyland Memorial Park in King George.  In lieu of flowers, memorial donations may be made to Chancellor Lions Club Charities, Inc., P.O. Box 2215, Plank Road Box PMB 206, Fredericksburg, VA  22401-5226.