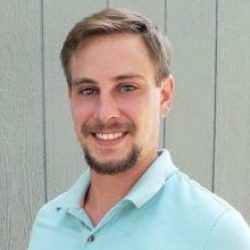 Memorial Services will be private

David was the proud owner of Hively’s Handyman Services and a realtor for Hometown Realty.

David was born in Lynchburg on May 4th, 1990. He is survived by his wife, Cassandra (née Elliot); his daughter, Willa Mea Lenox; his parents Christopher David Hively and Jennie (Bland) Hively; his sister Jessica Ballenger; his nephews John and Thomas Ballenger; his grandparents Henry David Hively, Ola Hively and Faye Bland.

David grew up in Goose Creek, South Carolina and Culpeper, Virginia. David graduated from Spotswood High School in 2008 where his impressive track record earned him a spot on the Virginia Military Institute’s pole vaulting team. He went on to spend an exciting year at Idaho State University where he was a snowboard and ski instructor at Pebble Creek. The skills gained as an instructor in Idaho were later used to teach his young cousins how to ski. David graduated from Virginia Commonwealth University with a degree in Business Marketing in 2014.

On April 23rd, 2016 David married his longtime sweetheart Cassandra Elliot and on July 6th, 2018 they welcomed their beautiful daughter Willa.

David was a devoted husband and father and an avid outdoors man. He enjoyed spending time on Lake Caroline with friends and family, snow skiing at Snowshoe and hunting. He loved working with his hands to create and used that passion to start up his business as a handyman. His passion and skill shined and his startup was extremely successful. He will be deeply missed by his family, friends and all who knew him.

In lieu of flowers, the family request memorial contributions be made to St.Judes.org.

Memorial services will be private.