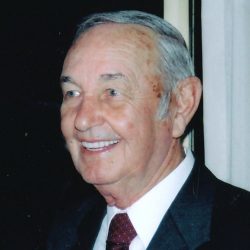 George Vernon Ferrell 88, of King George County, Va. departed this life on Tuesday, November 3rd, 2020 at his home. George was born in King George to Willie and Grace Ferrell. He graduated from King George High School and served as a Sergeant in the U.S. Army. Upon discharge, he worked various jobs before becoming the sole salesman for Morris Chevrolet, retiring after 40 plus years. He was a Mason and Shriner. George was known for his sense of humor and kindness.

The family will receive guests from 6 – 8 pm Thursday November 5th at Storke Funeral Home, 11089 James Madison Pkwy, King George, VA 22485. A funeral service will be held 2pm Friday November 6th at Storke Funeral Home, followed by burial at Round Hill Baptist Church. In lieu of flowers, the family request donations be made to Two Rivers Baptist Church in care of Pastor Peyton Wiltshire, 6420 Rokeby Ln, King George, VA. 22485. Online condolences may be left for the family at www.storkefuneralhome.com.