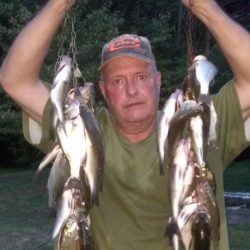 Houston Willard Norris, 62 of Warsaw, formerly of Rollins Fork in King George County, died Tuesday, August 13, 2019. Houston was a U. S. Army veteran and had worked for the Rappahannock Regional Jail for 30 years.

He is survived by his wife, Becky; four daughters, Emily Donahue, Leslie, Elizabeth and Rachel Norris; a brother, Mark Norris; and four grandchildren, Zachary, Amanda, Kyrie and Asher. He was preceded in death by a brother, David Norris.