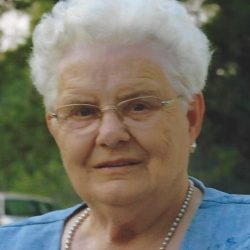 A public memorial service will be held at a later date.

Kathryn G. Grinde, 94, of Port Royal, Virginia passed away Friday, March 13, 2020 after a lengthy illness. Born in North Dakota, she had been a member of Vauters Episcopal Church in Loretto since 1975. Kathryn was always active in the communities in which she lived. She had been a member of the Homemaker’s Club for over 50 years, an Angus Auxiliary officer, a Cub Scout leader, a member of the Port Royal Vol. Fire Dept. Ladies Auxiliary, a talented seamstress and loving wife, mother and sister. She also operated Stitches and Things in Port Royal. Survivors include her husband of 77 years, Warren Grinde; her children, James Eugene Grinde of Iraan, Texas, Bergetta Anne Grinde Sylvester of Sand Lake, Michigan, Stephen Charles Grinde of Woodford, VA, Gary Thomas Grinde of Maple Falls, Washington and Daniel Lee Grinde of Staunton, VA; her sister, Cheryl Reynolds Geer of Charlottesville, VA; twelve grandchildren, twenty-three great grandchildren and five great-great grandchildren. She was preceded in death by a son, Wayne Kameron Grinde. A private (family only) burial service will take place at Vauters Episcopal Church Cemetery. A public memorial service will be held at a later date. In lieu of flowers, memorial contributions may be made to a charity of your choice. Online condolences may be left for the family at www.storkefuneralhome.com.