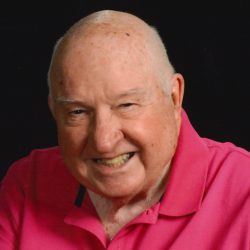 Services will be Private

Raymond Curtis Morrissette, 93, of Dahlgren, VA passed away Monday, June 24, 2019 at Westmoreland Rehabilitation and Healthcare Center. He was born March 11, 1926 in Richmond, VA where he grew up as the middle of three brothers. He served his country in the Army Air Corps as a B-26 navigator conducting strategic bombing missions and B-17 navigator conducting photography and mapping missions for 3 years in Europe and Africa during WWII, graduated from VPI with a Mechanical Engineering degree, was employed at Ft. Belvoir before his distinguished career at NSWC Dahlgren designing and supporting US Navy surface warfare systems from which he retired in 1985. He was a former co-owner of Swamp Fox Antiques in King George, past president of Dahlgren Lions Club, former member of the Dahlgren Civic Association, King George Assessment Board, King George Planning Commission, King George Social Services Board, and a member of the Dahlgren United Methodist Church.
He is survived by his wife, Bobbe V. Morrissette; daughter, Linda Failes of Harrisonburg; son, Michael C. Morrissette of King George; brother, Donald C. Morrissette of Richmond and 3 grandchildren.
Services will be private. Contributions may be made to the King George Department of Fire, Rescue and Emergency Services or Dahlgren United Methodist Church. Condolences may be left for the family at www.storkefuneralhome.com.