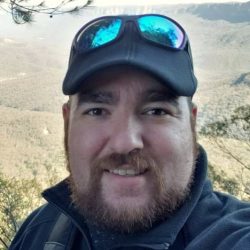 William James Ray, 35, of King George, passed away on Saturday, September 26, 2020, in Richmond.  He lost his brief fight to Chondrosarcoma.

William was a U.S. Navy veteran and worked for Lockheed-Martin. He grew up in Woodlyn, PA and later lived in Royersford, PA.  He served his country for 10 years and then found a job he grew to absolutely love.  It allowed him to continue to travel and explore the world like he did while he was still a sailor.   He was a member of the American Legion. He was an avid gamer, enjoyed computers and had a love for music expressed through his trumpet playing and singing.  He enjoyed vacations at the family campground located near the Chesapeake.  He cherished spending time with his family, and his children were his whole world.

Visitation will be held on Saturday, October 3, 2020 from 3-5p at Storke Funeral Home, King George Chapel.

A memorial service will be held at a later date in Pennsylvania and he will be buried at sea.