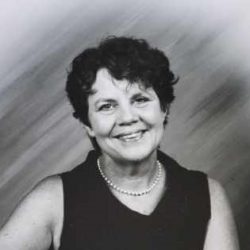 It is with great sadness that the Smith Family announces the passing of Claire Mason Smith, who died on January 18, 2020. She was 72 years old.

A native of Bowling Green, Virginia and current resident of Lancaster County, Claire was the daughter of Julien and Carolyn Mason, and loving sister to Jane Lynn Narro and Jacqueline Mason. She was a graduate of Caroline High School, where she would later teach after receiving her B.S. in Mathematics from The College of William and Mary. A long-time resident of Hanover County, she practiced as a real estate agent and later broker for multiple firms in Ashland for over 30 years.

Claire had one true love in her life, and that was her husband, Ronald Wayne Smith, whom she met in high school and would later marry in October of 1970. She was a loving mother to two children, Andrew Mason Smith and Jason Bowers Smith. She was Nana later in life to her six grandchildren, Mason and Ellie Smith (Andrew and Crystal Smith), and Millard Andrew, Aubrey Mason, Nicholas Bowers and Julien Baker Smith (Jason and Lori Smith).

She touched so many lives and will never be forgotten.

In lieu of flowers, memorial contributions may be made to the American Heart Association, 4217 Park Place Court, Glen Allen, VA. 23060.