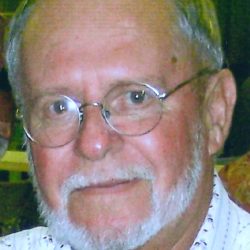 Ray L. Harding of King George, born September 30, 1943, oldest child of the late Elwood and Frances Harding of Fredericksburg, passed away on November 15, 2020. He is survived by his wife Judy Merryman Harding, daughter Sylvia Harding, sister Terri Passagaluppi, brother Dean Harding, granddaughter Candace, several great­grandchildren, and 4 nephews and their children. He was predeceased by his grandson Steven.

Ray left behind many friends who will miss him. He was involved in clay target shooting (skeet and sporting clays) for more than 50 years, being top in his class for many years. During this time, he served on the Board of Directors of the Fredericksburg Rod and Gun Club, serving as President for several years and as Skeet Chairman. He also served as President of the Virginia Skeet Shooting Association, and was well respected throughout the Skeet community as was shown by his induction into the Virginia Skeet Shooting Hall of Fame. He was also involved in Sporting Clays in more recent years.

Ray loved to fish and hunt, especially bird hunting in Iowa and Wisconsin with his friends.

Ray retired from NSWC, Dahlgren, in 1994 on his 51st birthday and enjoyed his many years of retirement, farming his land in King George and participating in his hunting, fishing and shooting sports.

Ray’s request was to be cremated and his ashes be spread over the cemetery of his beloved Brittany pups on his farm in King George. A memorial service will be held at a later date because of covid-19 restrictions.  In lieu of flowers, memorial donations may be made to the King George Fire and Rescue.  Online condolences may be left for the family at www.storkefuneralhom.com.