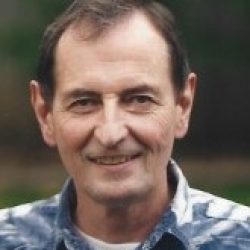 Funeral Service Arlington National Cemetery on June 13, 2019 at 9:00AM

Born October 12, 1944 in Buffalo, New York, Dan grew up in Los Angeles, CA and graduated from Chaminade College Preparatory School.  He attended UCLA where he played on the freshman basketball team under the legendary coach John Wooden.  Dan left UCLA to serve his country in the US Army, completing two tours in Vietnam where he flew numerous observation flights as a pilot.  He also served as a protocol officer during the war, acting as the liaison for Members of Congress when they visited the war zone.  After the war Dan completed his degree in history through the Army and Excelsior College.  He spent the rest of his Army career working in military intelligence with a high-ranking security clearance.  He was posted in Verdun (France), Georgia, Alabama, Tennessee, Indiana, Kansas, Enewetak Atoll, Panama and Virginia.  Dan received numerous promotions and rose to the rank of Lieutenant Colonel.

After retiring from the Army, Dan worked as a senior systems engineer in defense contracting for Lockheed Martin in Northern Virginia.  Dan and Helen hosted annual New Year’s Day brunches and loved taking the whole family out to celebrate birthdays and holidays.  Dan had a passion for electronics and technology and was active in many on-line communities.  He was an avid reader of science fiction and collected coins from all over the world.  Dan loved soccer, spent many years as a high school soccer referee, and – along with Helen – attended World Cup soccer matches across the country.  Dan had been looking forward to playing lots of golf in his retirement.

He is survived by his loving wife of 51 years, Helen Schumacher; three daughters, Kim Dougherty (Keith), Jenny Bruell (Harry) and Courtney Schumacher; his siblings, Jenny Miller, Peter Schumacher, Marin Schumacher, Lori Johnson and Tom Simon and four grandchildren, Kylie, Leo, Maxine and Simone. He was preceded in death by his granddaughter, Taya Bruell, his mother and stepfather, Nancy and Arnold Simon, and his father and stepmother, Bob and Isabel Schumacher.  His funeral services will take place Thursday, June 13th at 9:00 am in the Old Post Chapel at Fort Myer, with burial following in Arlington National Cemetery.  Please reference www.storkefuneralhome.com for additional details.

For those attending the funeral, please enter the (main gate) Hatfield Gate, 2nd Street South, Fort Myer, Virginia. Please arrive at least 45 minutes early to allow time to go through the security checkpoint. The military police will direct you to The Old Post Chapel. There is a parking lot/funeral line up area immediately in front of the chapel. The service in the chapel will last approximately 30 minutes and then everyone will follow the caisson into the cemetery for the committal and rendering of honors. Everyone must provide their own transportation within the cemetery.

In lieu of flowers, memorial contributions may be made to the American Foundation for Suicide Prevention.  Their website is https://afsp.org