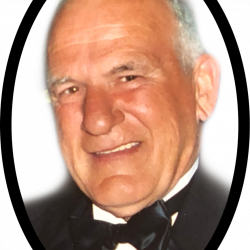 Gregory Francis Hollinger was born December 21st, 1947, Northfield, Minnesota, to Arlene and Francis Hollinger.  Greg’s father passed away and Greg and his siblings were raised on a family farm by Arelene and his stepfather, Donald Huss.

Upon graduating from high school, Greg enlisted in the United States Marine Corp.  He fought with the first Marine Division in Vietnam where he was wounded in action and awarded the Purple Heart.  After recovering from his wounds, Greg was stationed at Marine Barracks “8” and “I” in Washington, D.C.  It was during this time that he met his future wife, Carline Sue Hinkle.  The two married and settled in Waldorf, Maryland.

After receiving an Honorable discharge from the Marines, Greg worked during the day and attended carpentry school in the evenings.  Greg completed carpentry school and built many houses, garages, decks and other addition to homes over the years. During this time, Greg and Caroline had four children; Shelly, Joe, Stacey and Josh.

Greg was a loving and devoted father.  He coached his children’s sports teams and was very involved in his daughters’ dance recitals and competitions.  Greg enjoyed the outdoors and often took the family across the country on camping trips and other vacations.

On May 6, 2006, Greg was re-married to Diana Gates and they settled in Colonial Beach, Virginia.  Greg later joined the local V.F.W. as well as the American Legion where he and Diana became very involved in various charities and other patriotic causes.  Greg, Diana and their dog, “Baxter”, enjoyed traveling in their R.V.  They went on many adventures together up and down the east coast, and often returned to Minnesota to visit family and friends.

When he wasn’t out on the road, Greg enjoyed woodworking in his man cave.  He had a particular fondness for creating birdhouses and would make them in all shapes and sizes.  After building them, he would usually recruit Diana to do the painting.  Everyone in Greg’s life could expect to receive a birdhouse or two as a gift. Greg was a good and decent man with a jovial and kind soul.  He was a loving husband, father and grandfather.

The Memorial service will be held at Quantico National Cemetery on January 2, 2019 at 2:00 P.M. Sign register book online www.storkefuneralhome.com.