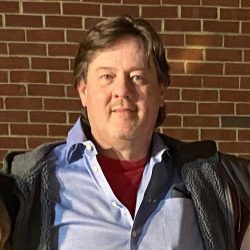 His wishes were to be cremated and a memorial service will be held at a later date.

Jerry Sullivan Rose, Jr. 54 of Milford, formerly of Williamsburg, unexpectedly passed away on Monday, December 21, 2020 in his home.

He was a caring loving father and grandfather. He was a big time Dallas Cowboys fan and was an avid golfer throughout the years.

Survivors include his wife, Sharon Rose; his mother, Rosemary Rose; his children, Jerry S. Rose III (Tiffany), Christopher Daniel Rose (Anneliese) and Chelsea Elizabeth Rose (Vlad); his sister, Sharon Elizabeth Steward (Dan); his brother, Timothy Daniel Rose (Kim); his grandchildren, Ellie  Rose Casanave and Elijah Vlad Casanave. He was preceded in death by his father, Jerry Sullivan Rose, Sr. His wishes were to be cremated and a memorial service will be held at a later date. Online condolences may be left for the family at www.storkefuneralhome.com.