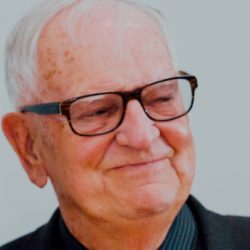 Distinguished  Historical Specialist for the Library of Congress, John Robert Sellers PhD, 85, died October 6 at his home in Port Royal, VA. For many years the Library of Congress’ Abraham Lincoln Curator and American Civil War scholar, Dr. Sellers spent much of his career evaluating and gathering the Library’s matchless collection of Lincoln resources. In 2008, he curated With Malice Toward None — The Abraham Lincoln Bicentennial Exhibition, which later traveled across the US and abroad.

After earning a Bachelor of Science at Florida State University and a Bachelor of Divinity from the New Orleans Baptist Theological Seminary, Dr. Sellers earned a Master of Arts and Doctor of Philosophy from Tulane University in 1968. He joined the Library of Congress in 1969, charged with locating and identifying the Library’s manuscript sources on the American Revolution in preparation for the US Bicentennial in 1976. He curated the Bicentennial Exhibition on the US Constitution, The American Solution: The Origins of the US Constitution for the US Supreme Court; and two exhibitions for the Bicentennial of the US Congress: The Tides of Party Politics: The History of Political Parties in the US, 1789-1989 and To Make All Laws: The Congress of the US, 1789-1989.

From 1982, Dr. Sellers focused his scholarship on the Civil War, writing widely on 18th– and 19th-century military history. A recognized expert on the authentication and evaluation of Lincoln autographs and papers, Dr. Sellers was regularly sought by media outlets including the History Channel, C-Span and National Public Radio for his commentary on the life and writings of Abraham Lincoln, Grover Cleveland, Benjamin Harrison, and various Civil War generals.

Over the years, Dr. Sellers acquired hundreds of documents for the Library of Congress, many as gifts he accepted on behalf of the American people. He assisted the work of leading Civil War and Lincoln scholars and writers including Doris Kearns Goodwin, Michael Fellman, Lee Kennett, Jack Waugh, David Long, Michael Burlingame, Geoffery Perret, James I. Robertson, Rodney Davis, Douglas Wilson, and Allen Guelzo. He is best known among Civil War enthusiasts for his award-winning resource guide, Civil War Manuscripts:  A Guide to Collections in the Manuscript Division of the Library of Congress (Government Printing Office, 1986). At his death, Dr. Sellers served on the Advisory Council of Ford’s Theatre in Washington.

A technology enthusiast, Dr. Sellers collaborated with the Lincoln Studies Center at Knox College (IL) in the development of The Virtual Lincoln, a complete digital presentation of the Robert Todd Lincoln Papers in the Library of Congress, giving students and scholars around the world access to over 20,000 documents related to the Lincoln Presidency. Dr. Sellers also participated in digital programs in Civil War history with the United States Military Academy West Point and the National Archives and Records Administration, and directed a search for all outstanding Lincoln documents in the Washington area. As president of the Abraham Lincoln Institute of the Mid-Atlantic, he also helped organize 12 sequential symposia on the latest in Lincoln research held at the Library of Congress and the National Archives and Records Administration.

In retirement, Dr. Sellers continued his service to academic institutions, and consulted with a variety of Lincoln and Civil War organizations. In his work with the Shapell Manuscript Foundation, he coordinated scholarship on Jewish soldiers who served in the Civil War. He volunteered with the US Fish & Wildlife Service in the Rappahannock National WIldlife Refuge and with Historic Port Royal, and maintained a stable of horses, several of which he raced in regional events.

He is survived by his wife, Sylvia Sellers; his daughter, Charlotte Lee Goss and her husband, Jonathan; his son, John R. Sellers, Jr.; two brothers, Gale Sellers and his wife, Erika and Joe Sellers and his wife, Betty Jo; his sister, Joan Sellers; his granddaughters, Brittany Goss and her husband, Alex Pastuhov, Heather Goss and Lauren Goss and numerous nieces, nephews, great nieces and great nephews. A memorial service will be held Saturday, October 12th at 11:00 am in St. Peter’s Episcopal Church, Port Royal, with Rev. Catherine Hicks officiating. In lieu of flowers, memorial contributions may be made to the American Heart Association 4217 Park Place Ct. Glen Allen VA 23060, The Myasthenia Gravis Foundation www.myasthenia.org or Historic Port Royal, Inc. P.O. Box 233 Port Royal VA 22535. Online condolences may be left for the family at www.storkefuneralhome.com.