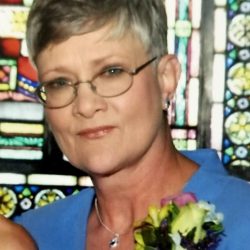 A graveside service will be held at 2pm on Wednesday, 30 October, at Historyland Memorial Park in King George.

Maribeth Reed, beloved mother, grandmother (aka “Marmie”), and friend, passed away following a long battle with cancer on Saturday, 26 October 2019, in King George, VA. She was 70 years old.

Born in Texas to the late Tommy J. and Inetta Maxwell Hyatt, Maribeth spent most of her life in the Amarillo, TX area before retiring from her job of 16 years as a Special Education Teacher in the Amarillo Independent School District. Maribeth stepped out of her comfort zone and obtained her teaching degree later in life after her children were grown. Generous with her time and of a charitable disposition, Maribeth served as a devoted caretaker to her family and loved ones. Maribeth enjoyed spending time with her grandchildren and friends.

A graveside service will be held at 2pm on Wednesday, 30 October, at Historyland Memorial Park in King George.

Online condolences may be left at www.storkefuneralhome.com.