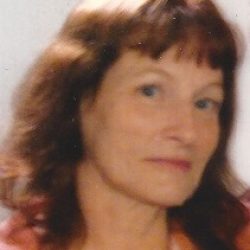 Visitation Saturday, February 23rd at 10:00am in the King George chapel of Storke Funeral Home

Funeral Saturday, February 23rd at 11:00am in the King George chapel of Storke Funeral Home

Teresa A. Burnett, 63, of Montross passed away Tuesday, February 19, 2019 in Mary Washington Hospital. Formerly of Alexandria, Teresa enjoyed collecting antiques and loved sewing and making things with her hands.She is survived by her fiancé, Harold Nelson; her mother, Kathleen Burnett; her son, Ronnie Thodos (Kathy); her sister, Tammy McGuinn; her brothers, Ronnie and Clifford Burnett; three grandchildren and six great-grandchildren. Her father, Charles Burnett and her sister, Sherry Cooper, preceded Teresa in death. A funeral service will be held Saturday, February 23rd at 11:00 am in the King George chapel of Storke Funeral Home. The family will receive friends at the funeral home, one hour prior to the service. Burial will follow in Historyland Memorial Park. Online condolences may be left for the family at www.storkefuneralhome.com