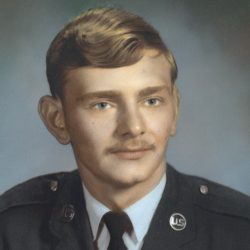 Bill was born in Pennsylvania, to the late William Anthony and Theresa Olearsek Fabian, he grew up in Phoenixville. He served for six years in the U.S. Air Force and was working as a technical supervisor for GEICO. He was an avid coin collector and enjoyed the outdoors, hunting and fly fishing in his younger days. He loved his family with all of his heart and gave to everyone he knew.

Bill will be fondly remembered by family and friends as a loving father, dedicated worker, proud patriot and US Airforce Veteran.

A graveside service will be held at 2:00 p.m. on Saturday, October 17, 2020 at Oakland Baptist Church Cemetery in King George.

In lieu of flowers memorials may be made in honor of his son, John, to the American Diabetes Association, P.O. Box 7023, Merrifield, VA 22116.