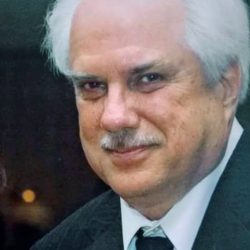 Born in Washington, DC, the son of the late Milton Earl and Marie Elizabeth Lloyd Dodd, he was a graduate of Catholic University, and the first in his family to attend college. He had retired from NSWC, Dahlgren, as an electrical engineer. He had many interests, including genealogy, wherewith he traced his lineage to a great grandfather (9 generations back) who came from Wales in 1633. He also traced family lineage for several of his friends. He was well known for his kindness and sense of humor. He loved football, music, his card group, camping, and other outdoor pursuits. He had volunteered at George Washington’s Birthplace, and the Oak Grove Fire Department. He cherished time spent with family, to whom he was an inspiration and mentor.

A private memorial service will be held.

In lieu of flowers the family suggests celebrating his memory by donating to your local first responders or visiting a national park.