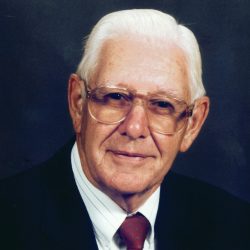 Due to Covis-19 restrictions, the family will have a private graveside service

Charles Carlton Griffin, 95, of King George County, passed away at Roseland, his home on the Potomac River, surrounded by family, on Thursday, March 26, 2020.

Carlton was the eldest child of Charles Emil Griffin and Margaret Pratt Griffin. His sister, Ruth Griffin preceded him in death in 1981. Carlton married Lois Marie Foster on April 5, 1947, who passed away in 2014, after 67 years of marriage. Carlton is survived by his three daughters and their husbands: Mary Lynne and Dave Moore of Gainesville, Florida, Janet and Bill Michael of Mystic, Connecticut, and Amy and Jim Ray of Lynchburg, Virginia. He was the proud grandfather of Julie Michael Dodd (Mike), Jeffrey Griffin Michael (Jennifer), and Joseph Foster Michael (Caic), and great grandfather to Adelie Roseland and Eloise Ruth Dodd (Julie and Mike), Griffin Alexander Michael (Jeffrey and Jennifer), and Chloe Josephine Michael (Joseph and Caic).

Carlton was born on The Naval Station at Dahlgren, Virginia where his father was in charge of the Powder Room. Carlton grew up on the Station where he attended Dahlgren School. After graduating from King George High School in 1943, he spent his summer crabbing commercially from the workboat he and his father bought from a boatbuilder on Hooper’s Island, Maryland when he was 13. Carlton began working at Dahlgren in the Fall of 1943 as a “Mechanic Learner” at the grand rate of 58 cents per hour. His 38 years of service there were interrupted only by his US Army service in 1945 and 1946, when he was assigned to Fort Meade in Maryland. He retired from Dahlgren as Public Works Foreman in 1980.

In 1950 he and Lois built the house they lived in at Roseland, where he had spent boyhood summers. There he and Lois raised their family, reaped the harvest of garden vegetables from the fertile soil, celebrated the river’s bounty of crabs, oysters, and fish, hosted the gatherings of friends and family reunions, and welcomed three sons-in-law into the family. Having grown up on the river, Carlton was known throughout the Northern Neck as both a waterman and a skilled boatbuilder. He set 1/2 mile long trot-lines for crabs and fished pound and gill-nets before and after work to earn extra money while working at Dahlgren. In later years, Carlton enjoyed helping his good friend and cousin Billy Green (a neighbor and waterman) set up and tend his fishing nets. In 1974 Carlton completed work on a 33ft cabin cruiser, The Grif-Fin, which he had designed and begun 10 years earlier. For many years family, friends, and relatives joined him to fish the Chesapeake Bay out of Reedville, Virginia.

Following retirement in 1980 from what was then the Naval Surface Weapons Center at Dahlgren, Carlton and two friends began Old Timers Construction Inc. which focused on home and office remodeling, garage construction, window replacement, and sunrooms. In August, 2019 he completed continuing education requirements to re-certify his Master Electrician, Master Heating Ventilation and Air Conditioning, and Master Plumber licenses. The last Old Timers Construction project was completed in the Fall of 2019. Carlton served on the King George County Wetlands Board for 43 years, serving as the chair for the last 31. He was devoted to Oakland Baptist Church, serving as a Trustee for many years; heading up the Building Committee overseeing construction of the current building on US301, and teaching Sunday School to junior boys in his younger years.

In light of the Covid-19 situation and restrictions, the family will have a private graveside service at the family cemetery at Roseland, overlooking the Potomac River, where Carlton spent boyhood summers, shared his life with his wife Lois, raised three daughters, gained three sons-in-law, loved, guided, and entertained three grandchildren, and welcomed four great-grandchildren.

The family would like to thank cherished cousin Marti Hall for all of the support and love she provided Carlton over the last five years. Additionally, the family would like to recognize Rev. Guy Mattox, Carlton’s friend and pastor for over 60 years, as well as Tiffany Reynolds, his caregiver, and Mary Washington Hospital Hospice Team for their compassionate care for our father.