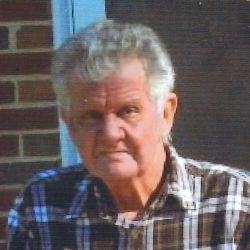 A celebration of his life will be held in the Spring of 2020.

Buddy Combs, 87, of Montross, VA, passed away on October 28, 2019 after a short illness. Buddy was born on April 27, 1932 in Oak Grove, Virginia to Ernest Combs Sr. and Goldie Winfield Combs. After graduating from Oak Grove School, Buddy proudly and honorably served in the US Army during the Korea War, and was a member of the 1st Cavalry Division, 29 Anti-Air Artillery with main duty station in Japan while at same time providing various missions in Korea. Because of Buddy’s dedication and sacrifice during the Korea war, as well as others like him, we are able to remain as free Americans.

Buddy married and moved to Baltimore, MD where he worked for Bethlehem Steel. He moved his family back to Virginia in 1963, and worked as a security guard at NSWC Dahlgren, VA until his retirement.

Buddy was preceded in death by his parents, Ernest and Goldie, his brother Gordon Combs, his nephew Tommy Combs and granddaughter Rosie Fisher.

Buddy expressed his wish to be cremated and to not have a viewing or funeral. A celebration of his life will be held in the Spring of 2020.

Online condolences may be left at www.storkefuneralhome.com.