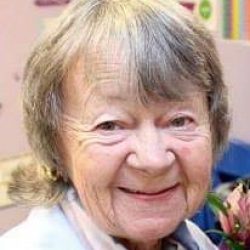 Barbara Combs, 79, of Colonial Beach, VA went to be with her Lord and Savior Sunday, March 10, 2019. Barbara was born in King William County, VA on August 18, 1939 and grew up in Oak Grove, VA. She loved her family and especially, her “babies,” the great-grandchildren. Barbara worked for Gautier’s Florist in Colonial Beach before becoming a realtor for Bluegrass Realty and Whicker Realty. She also worked at Hall’s Market and Parker Farms before retiring to keep her great-grandchildren during the day.

A funeral service will be held at 1:30 p.m. Thursday, March 14, 2019 at Storke Funeral Home, 11089 James Madison PKWY, King George, VA 22485, where a visitation will be held one hour prior to the service. Pastor Danny Whitman will be officiating. Burial will follow at Historyland Memorial Park, King George, VA.  In lieu of flowers, memorial contributions may be made to Mary Washington Hospice and Palliative Care, 2300 Fall Hill Ave, Suite 401, Fredericksburg, VA, 22401. Condolences may be left for the family at www.storkefuneralhome.com.