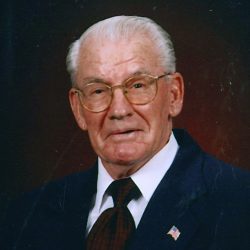 Mr. Hall was a U.S. Army veteran of the Korean War and had retired as a driver for Texaco. He was an active member of Colonial Beach Baptist Church where he had been named a deacon in 1957, operated the sound system and served on the Premises Committee for many years. He enjoyed fishing, collecting all things Texaco, and was an avid sports fan. He was a Colonial Beach Drifter/Viking player and fan. He took pride in his yard and landscaping and had one of the best lawns in Colonial Beach. He really enjoyed being outside, growing tomatoes and other vegetables and entertaining the grandchildren and great grandchildren on the swings, rides in the wagon and the riding mower. He most of all cherished time spent with family. He loved helping others, but was reluctant to accept help and was widely known in the community as “Uncle Donald”.