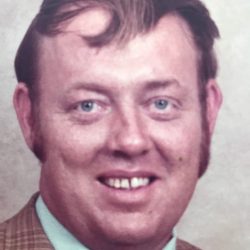 Glen D. Watkins, 81, of Woodford passed away peacefully on Friday, December 27, 2019 in Mary Washington Hospital. Born in Wise County, he graduated from East Stone Gap High School and the University of Florida, School of Forestry. Glen volunteered for the draft and served in the United States Army as a radio operator with the 14th Cavalry in Bad Kissingen, Germany. After military service, Glen moved to Caroline County, working on construction of I-95. After 38 years of service with VDOT he retired as the Residency Operations Manager for the counties of Caroline, Essex and King William. Glen was a NASCAR fan in its early years, an expert woodworker and avid fisherman. He enjoyed and cherished his time spent with the Orrock family on Mattameade Farm. Survivors include his children Connie Watkins (Henry Seidner) and David Watkins; his brother James Watkins (Joyce); his granddaughter, Lydia Watkins; his former wife, Margaret Orrock Watkins; his sister in law, Jenny Watkins; his daughter-in-law Cheryl Watkins and numerous nieces, nephews and close friends. He was preceded in death by his parents Henry and Lois Watkins, his siblings, Billie Jo Watkins, Freddie Watkins and George Watkins. His wishes were to be cremated. A memorial service will be held on Monday, December 30th at 3:00 pm in the Bowling Green Chapel of Storke Funeral Home. In lieu of flowers, memorial contributions may be made in his honor to the Fredericksburg-Rappahannock Chapter of the Izaak Walton League of America, PO Box 734, Fredericksburg, VA 22404. For simplicity, checks can be written to Fred-Rapp IWLA or donate online here.