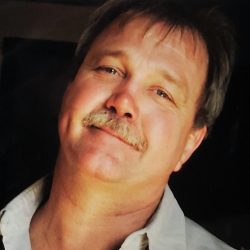 J Bradford “Brad” Boyd came into the world on November 9th, 1959 and left on May 8th, 2020 at Mary Washington Hospital. He was preceded in death by his father, Ralph, whom he loved dearly and Blanka, his loving dog. He is survived by his mother, Katherine, his brother and, Robert (Terry) Lillard, his adoring wife, Sheryl, his sons, Brandon Boyd and Randy Taylor, his daughter, Kristen (Bill Luchynsky), and five grandchildren. His nephews and niece, Seth, Jacob, and Mattie, were loved like his own children. He was the leader of his pack and his fur babies were always with him. He was more than a friend, more than a mentor, and more than a hard worker. He was the source of love, wisdom, and respect that few people in this world are blessed to know. He will be sorely missed and fondly remembered. He may no longer be on this earth, but he will always live on in our hearts and minds.

Because of certain current events, a memorial service and celebration of Brad’s life will be held at a later date. Further information will be posted on his social media page where all are invited to share their thoughts and memories of Brad. A GoFundMe campaign has been established to help with his final expenses. All donations are humbly appreciated.