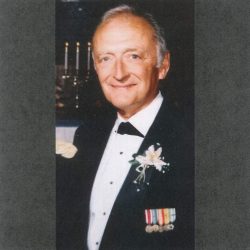 Edgar Charles Garrison, 86, passed away peacefully at his home in Bethany Beach, Delaware on December 10, 2019. Edgar was born in Oakdale, Nebraska, and was the only child of Helen Hana and Francis Garrison. Ed retired as a Lieutenant Colonel in the US Army where he proudly served in Germany, France, Korea, Vietnam, and Iran. Colonel Ed, as his friends called him, retired in Maryland and became an avid boater, enjoyed his horses, and owned and operated the Western Auto in Havre de Grace. Ed is leaving behind his loving wife and cherished friend, Ellie. He was formerly married to Mary Lou Terry of Kentucky, the mother of their children, Lisa (Greg) Adam of Virginia, Kelly (John) Schwab of Colorado, and Jim (Amy) Garrison of Maryland. Edgar was known as Daddy Ed to his 14 grandchildren and 2 great-grandchildren. His family would like to mention Tina Robbins who lovingly served as Ed’s care giver for the past 4 years. Edgar will be fondly remembered by family and friends as a proud and loving dad, proud patriot, world traveler, and life of the party. Some of Ed’s favorite things include dancing with Ellie, a generous Jim Beam and Coke, a thick steak, a beautiful beach, and most of all, a good time with friends and family. He will be laid to rest at Arlington National Cemetery with full Military Honors. In lieu of flowers, please consider a memorial to his favorite charity, The Wounded Warrior Project. Online condolences may be left for the family at www.storkefuneralhome.com, where the funeral date and time will also be updated when determined by Arlington.