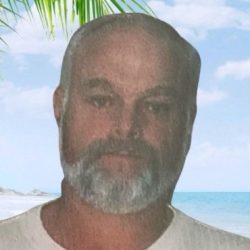 Rodney Dale Rollins, 66 of Colonial Beach, VA, passed away after his battle with ongoing health issues on Wednesday, January 6, 2021 in Washington, DC.  Son to Mildred Inscoe Rollins and the late Orville Dale Rollins, Rodney was a lifelong resident of King George where he attended and played football at King George High School.  He loved old cars, traveling, fishing and inventing many different things.  He wore many hats in the business world.  Co-owning a family partnership with his parents, along with other side businesses.  Rodney would often say that his blue eyes got him into a lot of trouble throughout the years.

In lieu of flowers, memorial donation may be made to St. Jude, Shriners Children’s Hospital, American Diabetes and/or the American Heart Association.  Online condolences may be left for the family at www.storkefuneralhome.com.